This story is all from my real experience.

I travelled from Helsinki to Paris for a business trip on 27th October.

Because I just started my business and I wanted to cut as much cost as possible, I used the cheapest flight, cheapest bus from Paris airport to city center (Easy Bus: 3-4 euros one way) and Airbnb for cheapest accommodation (20 euros/night).

Although I understood that the risk of some potential trouble would be higher by using all cheapest services, I had the experience of using Low Cost Carriers and Airbnb, which makes me feel things would be OK. However, actually the risk is much higher than I expected.

First, the bus, Easybus, I used for travelling from airport to Paris city center was late. I arrived at the bus stop 25 minutes before the planned departure time, but the bus never came even 15 minutes past the departure time. I went to ask the info counter of airport, and the service person said the bus only comes once every hour. Besides, the departing time is very different from the time I booked!!

There is no phone number on the website of the bus company or on the ticket, so I can’t do anything but waiting.

Then, after waiting for over an hour, the bus came, and I sent a message to the accommodation host to let him know that I’ll be late for more than an hour due to the delay of the bus.

Originally, I planned to arrive at the host’s place at 9pm, but apparently the arriving time will be as late as 10:30pm.

While I was writing the message, I found that he has wrote me a message earlier: “I work tomorrow, I go to bed at 10” around 8pm.

I wrote him that I would be late and arrive at his place around 10:30pm. He just replied me “too late”. This is the last message from him.

I tried to explain that it’s the problem of the bus and I can do nothing for it. What I can do is just to try to arrive at his place as soon as possible. But he didn’t reply.

After arrived at city center, I transferred to subway and got to his place even without having a dinner.

I called the host. No response. I called again. Again and again. 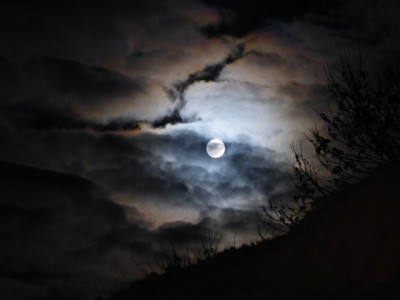 After called for 6 times, I know it’s time to give up.

I wrote him a message without holding any hope.

You said you will sleep at 10pm, so you just can’t wait for 30 minutes?

What do you think I should do at night in such a foreign city?

Ya, you may think simply: “I don’t care, because you are late. It’s not my problem.”

But, AT LEAST, why don’t you tell me: “you should find a hotel and don’t come.” So that I don’t have to run to you place and I can have some time to have a dinner and find a hotel at the city center….

OK, time was 11pm. Place was urban area of Paris.

Shall I sleep in a park or go to find a hotel?