A documentary movie related to dementia.

“Thanks” to my study of some biology and neuroscience, I have nothing but negative images to dementia.

It’s a disease that memory becomes worse and worse day by day.

Then, even himself or herself is aware of the changes and feels anxious of forgetting everything.

More time passed, the patients’ personality changes and they even forgets their own family or their own names.

It’s difficult to understand the feeling of hearing you mother say to you, “Who are you?”

The worst thing is that it’s incurable.

A disease brings desperation even without a choice of death.

However, this movie tells me something different.

Which is, “Even the dementia patients can still live like human beings.”

Some simple calculation and games can bring the brain stimuli to mitigate the symptoms of dementia.

Some socially active people with great humor sense became quite and lack of response due to dementia, and there is no saying remembering staff’s name. But after the brain training for a couple of months, response is getting back, little by little, day by day.

And someday they started to talk about their happy memory in the past again, even though they haven’t mentioned similar kinds of things for once after getting dementia.

The non-active and lack-of-response patients started to tell jokes. 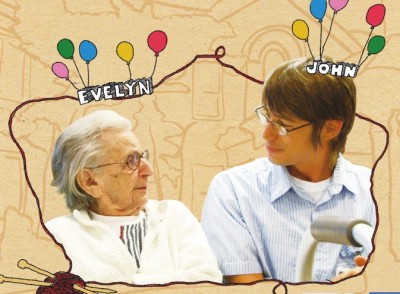 (This photo is from the official website of this movie)

The staff was moved with a full smile on his face.

The training was lasted for 6 to 12 months.

Smiles came back to the face of the patients and their families who said with happy tears on their faces, “My mother is back.”

Also saying, “We can be just like we were again, happily.”

The movie told me that you can still have hopes to continue life even becoming dementia.

*The brain training is call “learning therapy”, which is developed by professor Ryuta Kawashina in 2005 from Aging Medical Institute at Tohoku University.
*This movie was firstly recommended to me by a brother of the producer Shigeru Oota at an English study group at Tokyo. Thanks to him.