The fist time I left Taiwan was in 2005. I remembered that my sister gave the birth to her baby in October and I left in November for New Zealand after taken care of her operation.

I stayed in New Zealand for 3 months for working holiday and flied to Japan after returned to Taiwan shortly for 2 weeks in order to repack my stuff.

Then I studied and worked in Japan for 8 years and 4 months, and stayed in Finland for 1 year so far.

Time flies. I’ve been out of Taiwan for almost 10 years.

Although it’s 10 years, I regularly visited Taiwan every 1 or 2 years.

There are still many things waiting for improvement, but there have been many things impressively improved as well.

In these 10 years, subway system of Taipei has added more routes and elongated several existing routes to have more connections. A integrated transportation network has been well formed.

In the second biggest city, Kaohsiung, a cross line of subway system was built up and connected to railway system, high speed railway station, international airport and sightseeing spots. The whole city function was upgraded.

The third city,  Taichung, has started to build its own subway system.

Tainan, the fourth city of Taiwan and the hometown of mine has changed a lot as well. The bus system, especially, was largely improved. The routes are easier to understand now by integrating several local bus companies and by proving a single system for citizens.

The electric money card system being used in Taipei now can also be used on the buses in Tainan.

Furthermore, a GPS navigation system was introduced to all busses, so you can check online where is the coming bus now and how many minutes it may take.

The most impressive change is the people.

I feel so proud of this, because this never happened 10 years ago.

In 2008, the high speed railway opened to connect the whole Taiwan within 2 hours, and even brought the beneficial effects of cheaper long-distance bus price to consumers.

Although the area of Taiwan is as small as 36,000 km square which is around 10% of Japan and 15% of Finland, it’s so convenient now with 2 highways, 1 railway and 1 high speed railway!

The internationalization of airports are proceeding as well.

Kaohsiung has direct flights to Tokyo or Osaka. People can fly from Tainan to Osaka or Hongkong! Other cities have various choices for going to the major cities in China now as well.

Transportation is much better now. 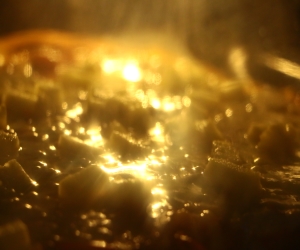 The food is still fantastic, too. Or even better!

The best food is still there, but people are still keeping developing new foods.

However, not everything is getting better.

Those issues, such as overwork, low income, unsafe food, weak industrial policy and so on, still exist.

By the way, the weather is just as hot as a hell. No changes in these 10 years, haha…

I really expect Taiwan to go further. Even though I don’t plan to live in Taiwan to contribute to Taiwan directly, I hope I can do something for Taiwan outside of Taiwan.

Taiwan, let’s work hard and move ahead together!