3 years passed, and I started to think of my future again.

Is this everything I want?

If I continue current job, what is the possibility in following 3 years?

・Get promoted in the same position?
・Get a chance to work overseas?
・Be moved to other department or team?
・Slightly improvement in salary.
・No change of constant middle evaluation.

So, it’s not difficult to realize that what I have in the following 3 years are little possibility to get great responsibility in my work and little increase of my income.

It was not hard to understand that this current position isn’t worthy another 3 years.

“Why not try to be evaluated by the market?” I thought.

I used 3 head hunting companies through internet and those who called me before. I prepared Japanese and English CV and job overview document and handed them out to head hunters/agencies.

I applied mainly for 5~6 USA or European companies and I was lucky to get an offer in 1 and half months. Then I stopped other interview appointments. It was October in 2011.

Although I got some rejections, the one offer I got indicated that I was highly evaluated.

Which was much much more than my expectation.

The same role as a product manager but with a 10-time scale. 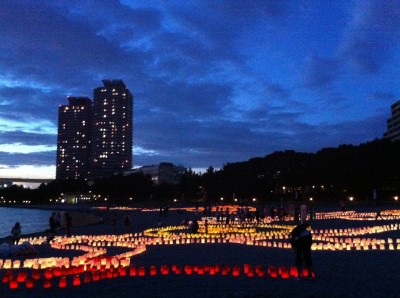 The salary increased for 30% on the offer letter, but the increase was 45% after including the overtime pay.

That was so huge for a person just started his full-time job for 3 years.

I never thought I can be evaluated as high as that.

Because I was never evaluated like that in my company.

I want to try!

A foreign company with different culture.
Work and decide under individualism.
5-time increased income after tax per month.
Different environment and people.

I desired a new world so much!

Then I moved to the new world after staying in my original company for 3 years and 5 months.