The last point I learned from this business is the external company relationship.

The business is small, so the users in this industry are fewer. We sell medical devices, so our users are, generally speaking, in hospitals. In our case, they are physicians. And it’s interesting to mentions that even in such a small industry, there is still formation of power balance among the physicians.

Although all physicians have the same occupation, each one of them has different purpose and mind to his/her job.

These form the power balance in the industry.

I would say that those physicians who try to make the world better, are kind to others and not look for return are most respected.

I’ll definitely go to these doctors if I need treatment.

However, people out of this industry never know these.

So I’ll suggest people ask for second opinion. It’s very common that different physicians in different hospitals indicate totally different ways for treatment even the symptoms are exactly the same!

As a result, my job is to keep the power balance among physicians and make more physicians to use our products to patients who need.

With support from many people, the sales of this small business finally grew…..after struggling for 5 years.

I guess I had done something good to this world. 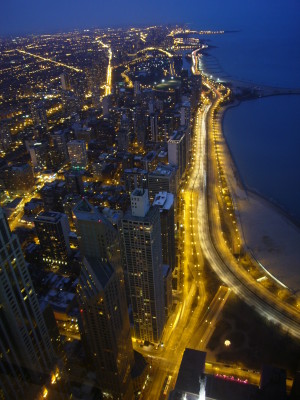 Then here is another view point of my role in such an organization.

I felt many paradoxes with my role as a foreigner in a company with very few foreigners.

As a new comer and a foreigner, I was expected to bring stimuli to this organization and I was willing to do it. Nevertheless, some of the senior colleagues never try to listen. They don’t even try to give a judgment of correctness or fault to my words.

Without sufficient experience, it was fairly difficult for me to judge and give a decision. What I felt good enough may be far from satisfaction in the mind of a senior colleague. I didn’t even understand that the gap came from insufficient experience or different thoughts of a foreigner.

At the end, I need to compromise to move things forward.

It’s always hard to know when to push my opinions through and when to compromise.

After facing this difficult situation for a couple of times, I realized that I had one rule for judgment which may be my only criteria.

“Do I believe it’s correct?”

“Do what I believe is correct.”