The last, the female.

There are lots for female to do. Well, I shall not say “do”, but “change”.

The consciousness of female seldom gets on the table.

Most women worry about the income of their husbands, but not themselves. Many women just want to stay at home or go to have afternoon tea with other housewives after marriage.

They should change their minds to try to be economically independent instead of looking for men that earn a lot. Without economical activities from women, taking care of their own children and chatting with other housewives everyday may lead to the collapse of Japanese public finance in the near future.

As an instance, I saw very interesting phenomena in Tokyo.

When I took a train in the morning rush hours, people on the train are like 80% male and 20% young female.

When I took a train in the afternoon, people on the train are like 60% middle-age female and 20% elder people (after retirement) and 20% young men who are salesmen.

This is exact a clear example of the huge difference in social roles of each gender in Japan.

Without increasing income of the female, the economic activities in Japan will never grow and the public finance will go bankruptcy someday soon.

These are how to increase tax income so far. 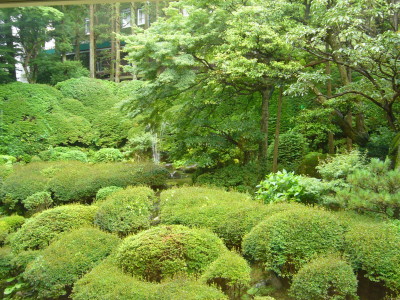 Then here comes the issue how to decrease expanse.

I believe the points are just simply 3.

The most serious problem is the efficiency of the government.

The government is wasting tax in countless ways and nobody is trying to control.

The government is paying enormous overtime pay every day, providing numbers of welfare systems to the government servants.

For example, a national government servant can study abroad for 2 years for free.

But nobody check the result and how this will bring benefits to Japan.

Others like government servants can live at good places in the center of Tokyo with only 50% cost of average price, which was reported in news recently.

Or some government operating bus company bought lots of unnecessary recreation instruments for bus drivers. There are also many government financially supported organizations that are paying lots of salaries to people who are never productive and doing works that are never beneficial to the society.

These organizations are spending such amazing amount of money every day, but there is not even a monitoring system for these.

Under this situation, I am never willing to pay tax to Japanese government and getting worried to Japanese public finance much more than ever.