“Uncertainty Avoidance Index” is defined as “a philosophy of value of not generally tolerating, relying on experts, nationalism, conservative, powerless to politics and bad feeling on themselves while the rules and laws are not obeyed.”

Another explanation to this index is also written: “Feel sick to uncertainty and diversity and tend to avoid.” 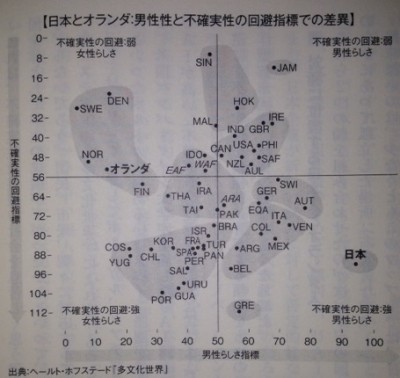 Which are exactly I strongly feel in my daily life in Japan.

“Not causing problem is everything.”

This is required everywhere in Japanese society.

Everybody tends to be the same. While job hunting, everyone wears black suit, white shirt, black shoes and takes black bags with black hair, because difference in appearance may cause some problem of being not teamworkable.

Rules in business meetings are fixed.

There is always an order of seats to show the different attitudes of being more respected or less respected. It can be tragedy to arrange a wrong seat.
Obeying rules are always with higher priority than thinking and moving by yourself.

Risk is required to be unbelievable low before making a decision.
All these demonstrate that Japanese are not good at uncertainty.

Which leads to poor environment for entrepreneurs.

Generally, it is important to check the background and history of the companies before working together, which is the same no matter in Japan or other countries.

However, different reactions may come from different cultural backgrounds, such as “Wow, it looks interesting! I don’t know what it can become, but we can try!” versus “Wow, I never saw this before. I am not confident in leading this to success. So I’ll stay and watch for a while.”

Of course, extremely high risk project will be rejected in any countries and everyone will take the profits from extremely low risk jobs.

But for those with middle risks, culture plays key roles in some countries, such as Japan.

I guess this is one of the reason why entrepreneurship is not so well-developed in Japan.

Many Japanese people think, “That’s a new company and it is not easy for us to get everything clear. We should not be involved anyway.”

As an entrepreneur, the least I hope people can think like this.

“Although it is a new company with a very short history, I’ll try to see what we can do together……well, I guess it’s not a good timing to cooperate now, but we can keep in touch to find some other chances in the future!”

I do not think Japanese culture in this way is really bad. I prefer to take it as “The unique way in Japan” or “The best way to move business forward in Japan is different.” 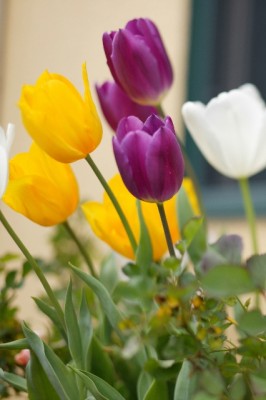 On the opposite corner in the figure, northern European countries are also there.

I will definitely spend lots of time checking this part while visiting northern Europe.

Extremely looking forward to my study in Europe and the coming cultural shock!