Again, it’s time to post more to catch the end of the month. Actually I have lots of articles ready, but just no time to translate…

Although there are tons of work waiting for me, I still want to use the time in such a long journey on bus to write an article.

Now I’m on a bus toward Helsinki for 3.5 hours.

It’s the last long business trip (>3 days) in this year.

Now I’m going to Slush, where will come 15,000 entrepreneurs and investors.

OK, let’s go back to the main topic.

I started to think about my business plan in February, 9 months ago. I registered my company in June, around 4 months ago.

So, if I count how long I’ve been an entrepreneur, it would be 4 and half months.

Why do I want to write this (or something) down now?

That’s because I didn’t feel much changes in the first 3 months.

But I do felt something changed now.

Then, what are those changes?

Besides, I’ll also talk about one thing that never changed.

First change is the ability to handle with the fear toward the situation of knowing nothing in myself.

The “knowing nothing in myself” here doesn’t mean the unknown of being an entrepreneur, or the unknown to my business direction or environmental uncertainty.

It simply means I know very little to my industry and customers.

Well, but I guess many entrepreneurs have to face this.

However, I felt fear to that. I don’t want to face my weakness.

I lost my confidence.

I got confused to meet next customer.

I quickly came to a conclusion: “Everyone in this industry has been here for many years. I just know nothing here. I’m nothing.”

I lost my motivation and my pace dropped drastically.

I just wanted to run away. 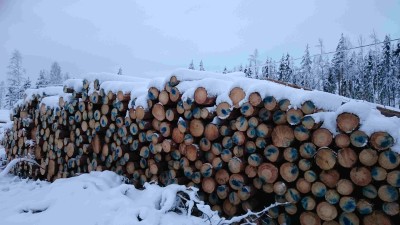 That feeling came to me around my attendance to the game conference at the beginning of September while I first time talked to several game developers.

Now, 2 months after that, the fear has decreased and the motivation has rised.

(Could I say I has passed the first gate of being an entrepreneur?)
(Well, I guess those senior entrepreneurs will say, “no no no, you are too early to say that)

I believe the reason I can survive is because I didn’t stop.

Although things had been very slow, I didn’t stop.

I had fear, low motivation, slow actions, lazy days, but I continued work for the business.

I increased knowledge of the industry slowly and I talked to one or two more game developers.

Then, 2 months after September, certainly my knowledge is still not enough, but I can feel that I’m knowing more and I can talk more to the game developers and I also had more chances to think of my own business and think of the best way to do business talks.

(It sounds easy, but actually it’s very difficult. To be confident but not too confident. To make it attractive, but not too over. That’s so difficult and needs repeated practice.)

Then, I know what I should do now more clearly.

I should meet more European game developers, get more information and deliver the information to Japanese media!

Japanese media will love this information!

Then by the power of knowing lots of European game developers and the valuable information, I can build up better relationship with Japanese media.

If I can build up more Japanese media relationship, I can use it as a powerful hook for meeting more European game developers.

As a result, the business development mechanism is produced: meeting more European game developers and building more relationship with Japanese game media through information exchange will raise the value of my business.

All of these happened because I didn’t stop my business.