But now, Tokyo, a city I stayed for 8 years and 4 months.

I’m so used to Japanese language, which is not only for living but even over the level for working.

There are many differences between Taiwan and Japan, I know, I feel and I understand.

I start to have a feeling of homesick for Tokyo and Japan to both good and bad sides.

I got memories for 8 years on this land, this city.

8 years are certainly not a short time for anyone.

The Taiwanese friends came together to Tokyo at the same time. (which means we had known each other for 8 years)

The university I studied and the senior and junior in the lab.

The friends in the soft volleyball club and the hard practice for public games.

The stable life and utilization of well-known Japanese language and culture in the second company.

The people I knew in many English study groups.

The people I met in tennis groups.

The people I encountered after starting my own business.

Changing environment almost means ending the relationship to these.

You can say that the internet may still keep people together, but being not able to spend time on these people or in these activities means to stand away from them.

I will be thinking of all these while I leave.

The morning rush hour in the commuting train in Tokyo. 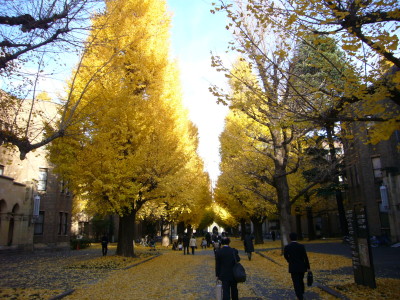 High-skilled makeup of the girls in Shibuya. (Gyaru)

The unique style of saying “cute” and the laughing sound of Japanese girls.

The posters at every corner in towns to educate people not to touch girls illegally.