Pursuit opportunity beyond the resources that you currently controlled

There was an event held in Japan, called “Venture SPIRITS in Tokyo.”
https://j-venture.smrj.go.jp/

I took some memos.

Pursuit opportunity beyond the resources that you currently controlled. 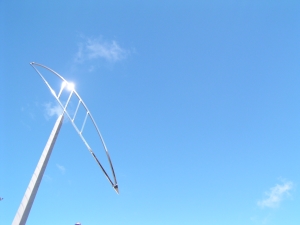 This is the words noticed by Mr. Daisuke while he was a student in Harvard Business School. I felt this is exactly the TRUE GOAL as an entrepreneur.

Usually, if someone set a big-scale goal for his/her new business, people will see it ridiculous since he/she does not really have enough resource to execute the plan. However, Mr. Daisuke proved that they are wrong.

To set up an insurance company in Japan, you need a special license issued from Japanese government (financial department).

The least capital fund to obtain the license is 10 billion yen! There was no any entrepreneur succeeded to obtain this license since 1934 in Japan.

However, he worked hard with his team to collect fund from many huge companies in Japan and he made it. He became the first entrepreneur to establish an insurance company since 1934!

This is exactly a perfect example of “Money and people comes with great vision.”

The photo was the blue sky of Willington, New Zealand.