I am always interested in the stories of difficulties.

The reason is that the speakers invited in this kind of big event have usually been very successful. They are well-known because of their big-name company, famous academic or career background. However, as a young entrepreneur, the most important thing for me is to know how these people overcome the difficulties in the initial period of time in their business. 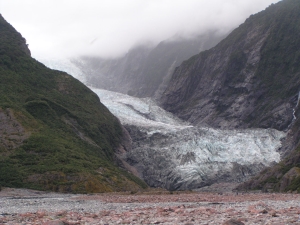 Since there is no doubts how smart President Iwase is (who graduated from Harvard Business School), the difficulties President Iwase met become extremely attractive to me.

The impressive talk was that his company could not obtain new contracts of insurance as many as expected at the beginning of the business.

His team tried anything they can do, such as putting advertisement in the local trains, high speed railway trains, newspapers, magazines, internet advertisement or even holding local seminars, but they were all very ineffective.

Because that almost half of the staffs in his company were for dealing with new insurance contracts, they were basically free all day and tended to talk a lot about their negative feeling of their company.

After several meetings, they still could not find out the effective strategy for the current situation. They decided to go to shrine to pray for luckiness at last.

The strategy of ex-president, Mr. Eguchi (who was a man that knows everything about insurance but with age around 60), was to distribute post-card size advertisement to everyone he me, which means that even the president took every way he can do to find the exit from the situation. After struggling for a period of time, suddenly their products burst out from a small local event to be very popular with a huge wave on the SNS and internet. The small event exploded on internet made their business flied on the orbit.

I learned from this story that success is not only related to resource.

The photo is one glacier in New Zealand.