Today, it was the second lesson of Finnish language class.

Our around-50-year-old female Finnish teacher talked about the society and female in Finland.

As I wrote in previous articles, the medicine and education in Finland is almost free of charge.

The welfare systems are supported by national tax which is collected from the citizens with a very high rate.

If the tax rate, including pension, health insurance, and so on, of Japan is around 30%, the tax rate in Finland would be 60% as mentioned by the teacher.

She also considered this is one of the reasons why both husband and wife need to work in Finland to make their lives.

Besides, she also described the pension system.

The pension system in Finland is similar to Japan in some ways.

Pension is composed of 2 parts, national pension and employees’ pension.

In Japan, both parts come from those who work. House wives can receive pension if her husband had worked.

However, in Finland, even though the national pension is covered by national tax, the employees’ pension only covers those who had worked. House wives cannot receive any pension if they haven’t worked.

As a result, most women in Finland choose to work for both independent economic power and the right to receive pension.

Additionally, the divorce rate in Finland is as high as 50%. 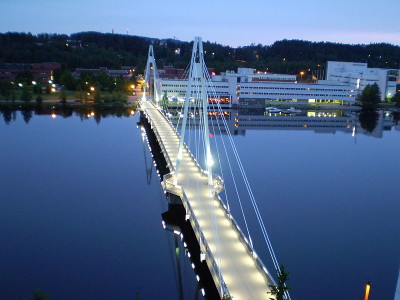 Divorce process in Finland is not as difficult as in Japan. If the husband or wife decided to divorce, the law allows the divorce in 6 months even the other side doesn’t agree with.

In contrast, the working rate of women in Japan is still low. The time Japanese men spend in housekeeping is short. The traditional thoughts of the elder generation to Japanese women are to be house wives, and the Japanese company culture tends to request men to stay in the company and work extremely long. All these social phenomena make the balance of the roles of both genders is still far from that in Finland.

By the way, I asked the teacher what is the common transportation method for university students, and she answered with bicycles. The tire of bicycle can be changed to winter type, which means I’ll ride bicycle under the temperature of -20 degree Celsius in winter of Jyvaskyla!