There was something touched my heart. 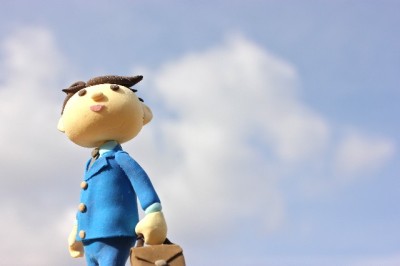 Born Global – Japanese Ventures on the Map 2014 at Tokyo, the symposium I attended.

The topics tended to talk about the environment of venture capital funds and the comparison between Japan and USA. Except that, there came 3 very impressive venture presidents in the panel discussion.

President Kato, around 40 and having background of IT and venture investment, is managing an IT start-up firm called Midokura with headquarter at Lausanne, Switzerland, which is developing network system which is the key part of the whole internet world as he said. He made it to collect 5 billion yen (50 million USD) in past 4 years to boost the development. He is even so ambitious that he believes his company will replace one of the current IT giants in the near future.

The other president Kubota (Acucela) was a clinical physician in ophthalmology in Japan. He had seen so many patients cannot be treated because of slow and few medicine development in ophthalmological industry, which made him decide to move himself into the field of medicine research. After studied at Washington, he happened to have a chance to start his own business of medicine development and he successfully collected over 10 billion yen (100 million USD) from several Japanese venture capital funds. He put headquarter of his company at USA and managed to IPO (initial public offering) in Tokyo market and collected 13.6 billion yen (136 million USD) from the market. Now his medicine is at the last phase of clinical evaluation.

President Mashita of V-cube started his own business since he was the third year student in university. The first product was a distant communication system through internet, just like the net phone and net TV meeting system and he is also providing cloud system service now. He started his business in Japan and successfully pushed into the south eastern Asia markets. Although he had extremely tough time right after Lehman shock, he succeeded to IPO at Tokyo and made his company grow much more and much faster now.

Usually, a star-up firm goes from a small business and grows through lots of tiny successes as we commonly heard in entrepreneur related seminars or speeches. By listened to the talks here, I felt that the dream can be extremely huge if your belief is firm and your idea is unique. There is still a chance to get millions or even billions US dollars, which is the scale I never dreamed before.

Also, by given courage, passion, belief and ambition from them, I have much stronger heart now to start my own business.

“It is all about your passion! Just go and do it!